Back in the escape pod…

As Gil goes unconscious a bright flash of color erupts from his head. Strobing every color of the rainbow. The walls of the escape pod begin to breathe, in and out. Where Gil’s head should be, a sort of hole in the wall of reality replaces it. Like a moth to flame Todd reaches out to the precipice. With a giant pulse of what felt like electrocution, Todd falls to the floor.

Todd: What the hell was that?! Ow! My head is killing me!

Todd wakes up in a hospital, blurry eyes look around. Todd sees someone that looks like his wife Margarine sleeping in the chair next to his bed.

Todd: Margarine? Is that you?
Margarine: Todd? (Tears in her eyes) Oh thank heavens! Todd, you’re ok!
Todd: Well I feel ok, I think. How did I get here?
Margarine: You and Gilbert were picked up two days after the incident. You guys have been in the hospital for ten days. The doctors have no idea why you lost consciousness and they didn’t know if you were ever going to wake up. Oh Todd honey, I’m so glad you’re ok.
Todd: I remember now! After the initial hit I ran for the escape pods and saw Gilbert running towards the opposite direction. He was scared and wanted to run to sick bay before being cramped in the escape pod. I helped him of course. When we made it back to the escape pod we had a small laugh about how close it was and…

Margarine: What happened Todd?
Todd: Gil fell down, shock I suppose, but something weird happened to him. Maybe it was radiation poisoning induced hallucinations but…

Todd trails off, staring blankly. A knock appears at the door, a moment later the doctor walks in.

Doctor: Well well Mr. Moore, its wonderful to see you awake. How are you feeling?

Todd is silent for a second. Then turns to the doctor and smiles.

Todd stands up and walks over to the doctor, grabbing his his coat collar and shaking him violently. Pushing him to the end of the room where the window was located.

Suddenly the doctor flies through the heavy locked window. Face and body littered with glass, the doctor starts yelling for help. Todd convulses and drops to the floor wriggling, and the doctor falls to his death.

In one of the many hallways in the City’s courthouse, Margarine is approached by her husbands lawyer.

Margarine: That was ridiculous, what am I paying you for?
Lawyer: Because Todd was involved with the Ulixēs the brass wants to keep this as quiet as possible. They have enough to deal with already. Your husband will remembered as a hero Mrs. Moore. You heard, the doctors have no idea if Todd will wake up again, he is in a bad state. You chose to keep him on life support. The government is going to pay for that so you don’t need to worry. On the off chance he does wake up again though, the judge said Todd needs to be kept where he can be taken care of to make sure he doesn’t hurt anyone else.
Margarine: He had just been through an incredible ordeal! You can’t treat him like a criminal! Elijah hasn’t even been able to see his father! What am I supposed to tell him?!
Lawyer: I am truly sorry Mrs. Moore but there is nothing I can do. The law has spoken.

The lawyer walks away before she could argue any further.

Back in the visiting room at the Sheen Institute…

Gil: I am so sorry Margarine.
Margarine: Sorry? You’re sorry?! Why did you take him with you to sick bay?!
Gil: I didn’t ask him to, he just came along.
Margarine: You knew he was going to come with you. Why didn’t you just tell him to meet you at the escape pod? Or go without you? There were plenty of other escape pods. You just had to drag someone with you! Think of how Elijah feels! His father was taken away from him!
Gil: Margarine, I’m…
Margarine: You are dead to me Gilbert Goodspeed. Do not speak with me or my family again. I hope your guilt eats you alive. Enjoy your misery.

Margarine gets up and begins to walk away. She gets to the door, opens it, gives Gil one last glare and then walks out crying. 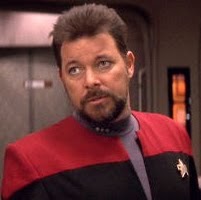